Part of the Meyer Natural Foods® family of brands
Discover more about The Meyer WayTM. 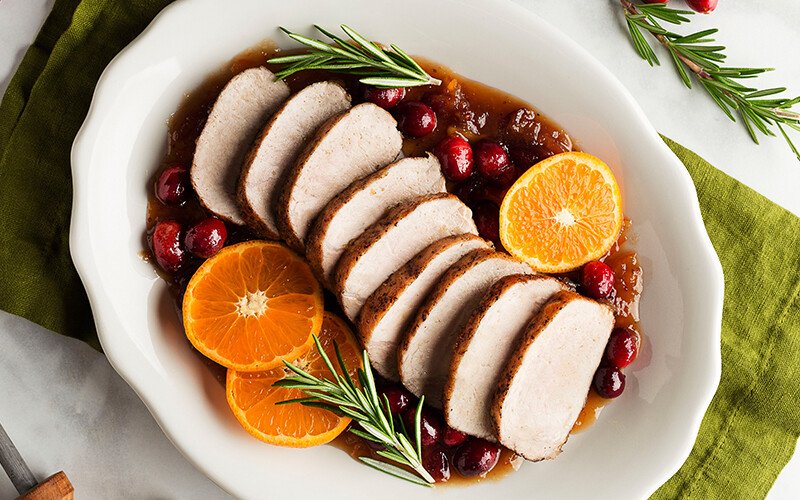 3. Season the loin fillet generously with salt and pepper.

4. When the skillet just begins to smoke slightly, add the olive oil followed by the seasoned loin fillet.

5. Sear the loin fillet on all sides until well browned, about 2 minutes per side.

7. Remove the skillet from the heat.

8. Add the apple cider vinegar.  Stand back and do not breathe the steam from the vinegar.

9. Add the 1/4 cup orange juice, marmalade, and cranberries to the skillet.

10. Return the skillet to a medium heat and season with salt and pepper.

11. Cook the sauce until the cranberries pop.

12. Press the cranberries with a spoon to crush them.

13. Return the pork to the skillet and spoon the sauce over it.

14. Place the skillet in the oven and cook until the internal temperature of the loin fillet reaches 160°F.

15. Transfer the loin fillet to a cutting board and allow to rest for 5 minutes.

16. Meanwhile, add the remaining 2 tablespoons of orange juice to the skillet.

17. Place over a medium heat and cook, stirring occasionally, until the sauce thickens.

18. Slice the loin fillet into 1/2-inch slices and serve along with the cranberry sauce. 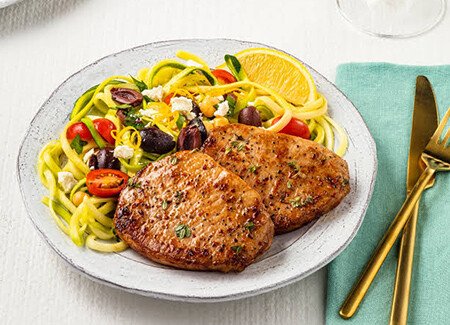 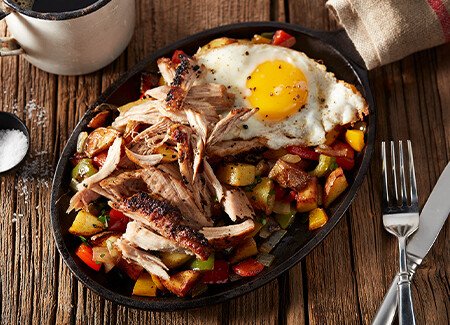 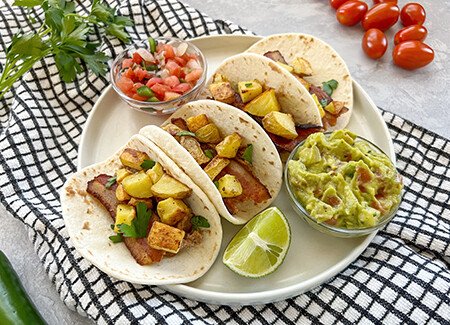 Please verify that you are a human, by checking the box below.